Ascent and Descent in the Modes of Melodic Minor 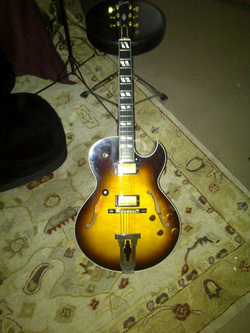 Modern jazz theory makes prominent use of the modes of melodic minor. The first mode, otherwise known as the melodic minor scale itself, is often taught in a way that leaves out differentiation between ascent in descent, an attribute of the scale Western classical music embraces in today’s educational contexts. For many jazz musicians, melodic minor contains a major sixth and major seventh from the tonic in both ascent and descent. In traditional classical theory, the ascending major sixth and major seventh are countered by a minor seventh and minor sixth (from the low tonic) in descent.

Altering scale degrees depending on whether the melody is moving up or down is an important idea in Indian classical music. There are other instances of this to be found in practice within the canon of Western music, but rarely have I seen mention of this notion in theory. So, drawing from jazz’s employing the modes of melodic minor, Western classical theory’s acceptance of different intervals in ascent and descent, and the latter’s cross-cultural relevance as exemplified by the ragas of India, I base my latest composition on the fifth mode of the form melodic minor that distinguishes ascent from descent intervals.

I find this approach to be useful for many reasons, one of which being the variation between major- and minor-tonality sounds in ascent and descent, respectively. I would strongly urge the forward-thinking composer to consider the effects of modes that do not maintain the same intervals regardless of whether the melody is rising or falling. If nothing else, it is one added detail that may speak to how well-informed of music history and culture the composer might be. I find that an awareness of this variation depending on ascent and descent is an intelligent way to work within established musical principles while, at the same time, reaching into more exploratory and dissonant realms. The fifth mode of melodic minor, including ascent and descent variation, is demonstrated below. Possible variations could include raising the seventh (Re = G becomes Ri = G#) in ascent and returning it to its original form (Ri = G# returns to Re = G) in descent.

A chance to hear the notation offered above: