Considering the Intervals of the Music of the Spheres 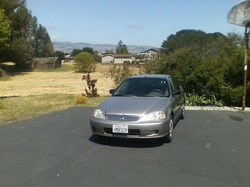 Before you lose interest, know that the order of the planets employed above does not reflect distance from the Sun, but, rather, the time the respective planets spend in one cycle around the Zodiac. While the orbits around the Sun are not reflected by this order, the journeys of the planets from a geocentric perspective do conform to the sequence.

Now, modern science has another major point of contention with the statement of Cerone. The mathematical relationships among the orbits of the planets do next to nothing to reflect Cerone’s intervals in terms of distance. However, leaving out the Earth as a starting point, one is able to concede to a certain measure of logic in correspondence between the Seven Acoustic Bodies and the intervals of a heptatonic scale. (NB: See the previous post of this blog for more on the Seven Acoustic Bodies.) Having the shortest journey through Zodiac, the Moon could represent the shortest string. Therefore, the rest of the planets would represent descending intervals. The longer the string, the lower the note. This would be a potential problem, considering that so much astro-mythology deals with the soul’s ascent through the planets and into the afterlife. However, entertaining new ideas on the symbolism of sound, one may see the descending intervals as a journey home. After all, there is a strong sense of return and safety in a melody that descends a given scale, ultimately arriving at the tonic (an octave away from the Moon at the upper limit of the heptatonic scale).

The Moon might be seen as the tonic, the root (root chakra, Mother Moon, home, safety). From there, the time each planet takes to complete one zodiacal cycle might indicate which interval each planet takes: Mercury the second degree, Venus the third, Sun fourth, Mars fifth, Jupiter sixth, Saturn seventh. This proposed correspondence does not reflect measurements of distance or, really, even measurements of time spent traveling the Zodiac.

However, the proposed correspondence is not without sensible connections to the collective mythology of the planets. At the point when the outer planets (sometimes called transpersonal planets) are reached, the interval of an octave would come next. Some have called this plane the Eighth Heaven. Santos Bonacci speaks of Uranus, Neptune, and Pluto’s being on a higher octave. As a brief aside, the intervals assigned to the planets could be major, minor, augmented, or diminished (i.e., Moon to Mercury is a major second, minor second, augmented second, or diminished second, and so on for the other intervals). Such a system finds common ground with the Indian sargam, a parallel to solfeggio systems of the West. For Indian musicians, Sa to Re (Do to Re for Westerners) may imply either a major or minor second.

To summarize, one is slow to leave out the Seven Acoustic Bodies as possible inspirations behind much of music’s attachment to a seven-note scale’s being the theoretical foundation.