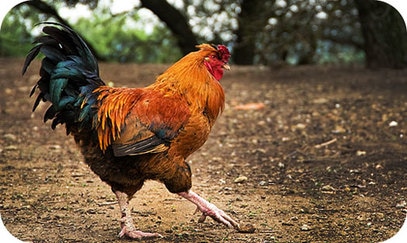 I would like to take a few moments at the start of this Chinese New Year to celebrate cultural plurality through the acknowledgement of world history’s various approaches to the calendar. Cyclical conceptions of time pervade, but are also inherently difficult for human beings. Owing in part to the fact that each one of us experiences life through a body that matures and dies, decaying into what can only be explained in material terms as nothingness, people may tend to find references to a cyclical notion of time unconvincing. No one has ever returned to some point in the past to repeat or amend his or her experience of a given period of time. Meantime, not everyone feels compelled to honor the fantastical astrologer speaking metaphysical murkiness.

The truth is, no time cycle is without linear motion. The idea that the universe is never in the same state twice is a large-scale illustration of the matter at hand. With this is mind, time becomes more like a sine wave, an interaction between clearly observable cycles and irreversible linear motion. Many are familiar the “lunar year” whose new beginning many Chinese and other East Asian people celebrated on January 28, 2017. The cycle of twelve animals is also a well-known aspect of the tradition. However, it is rarely explicit that solar cycles are integral to the many variants of what are commonly called lunar years.

The sun has more to do with lunar calendars than just making the moon visible to earthbound humans. The solstices and equinoxes mark divisions of the year as it is experienced through the cycle of the seasons. These points in the solar cycle may be used to determine a beginning of the lunar year. In the Chinese system, this starting point usually falls near the midpoint between the winter solstice and the vernal equinox. In a system of my own devising (if there are other traditions that parallel my thinking, then I am yet unaware of them), I have come to the conclusion that the first new moon after the vernal equinox marks the beginning of the lunisolar year. For related ideas, see the Textual Chordophonics blog post from September 23, 2016.

Taking a more anagogical approach, the more astrologically minded are able to relate the intertwining lunar and solar cycles with the human condition. This is a clear example of the classical notion of macrocosm-microcosm. The sun marks crucial points of the year, namely with regard to temperature, light, and other immediately perceptible conditions on earth. The moon may seem to be more of a random factor, but also holds important relationships to natural cycles that are close to the human experience.

Prior to the modern business calendar, much of the human understanding of time and timekeeping was defined by the relationship between the sun and the moon. The presiding  astrological thinking as it has developed up until now sees the sun as essentially a forward-moving agent, a representative of initiative and long-suffering commitment. The moon has come to signify a much more mysterious side of human affairs, being associated with work behind the scenes, psychic fields, and the innermost reaches of the soul. Thus, the sun relates to linear time in its capacity to define one’s outward presentation of oneself. The moon, in contrast, is associated more with the comforts of home, where one can hide from the outside world and retreat to the customs and routines—cycles!—with which one is most familiar.

I hope this brief discussion is inspiring to those looking to balance their brave, exploratory sides with components of their personalities that act in more measured, conservative ways. May you find the best approaches to building skills, finding your talents, and fitting your work into the fabric of our ever-evolving world. All comments are encouraged. Thank you.