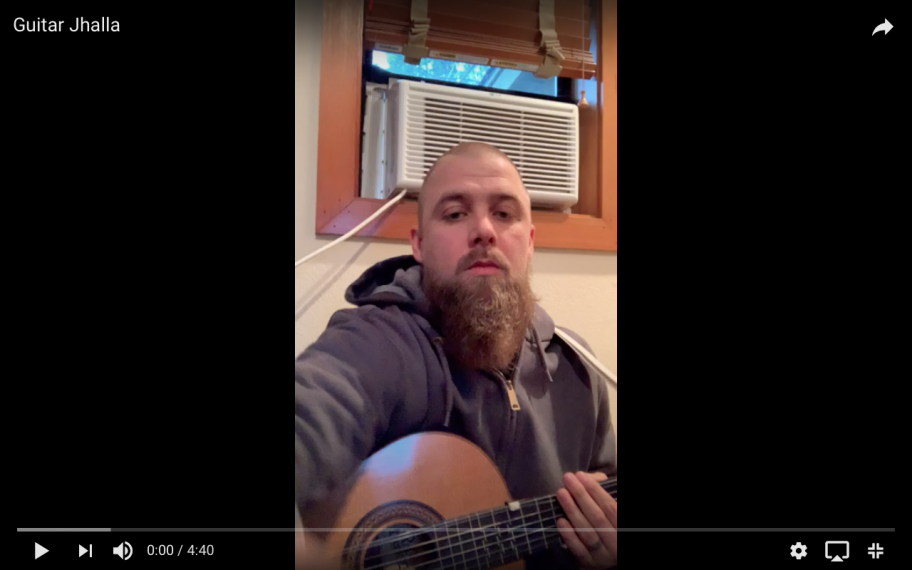 (Scroll down for link to video!)

Greetings everyone, just sharing some current practice on three primary jhalla styles: siddha, thok (or ulta), and ladi. What is the strummed guitar doing in an Indian Classical setting? Well, the connection is not as misplaced as one might think.

Many official histories place the origins of the strummed-style guitar music at about mid-sixteenth century in Spain. Nonetheless, the guitar was known to previous centuries on the Iberian Peninsula. It is particularly important to acknowledge the whirling generality of instrument-naming conventions in those earlier years. Denominations crossed from bowed to plectrum-driven to hand-plucked instruments, and performance applications of these were also shared. Ian Woodfield cites the probable employment of Moorish bowed rababs as drone accompaniments to vocal music, as well as the aptness of the ghiterne or ghiterra to accompany early Catalonian love poetry. Later, Juan Bermudo recalled that the strummed guitar was the accompaniment of choice for old romance poetry, a quintessential manifestation of popular Spanish verse with strong cultural overlap with the Moors. Many indications point to strumming or related techniques on early drone-based instruments.

The eastern regions of Central Asia mostly associate the rabab mostly with plectrum technique. Nonetheless, a similarly generic approach to linguistic classification clouds most delineations of organological history in Indo-Persia and the Arabian Peninsula as well. The veena and rud root words can be applied to a long list of instruments throughout the ages—harps, lutes, bowed-strings, etc. The Baloch tamburag is an interesting example of the persistence of ostinato drone accompaniment, even more so in light of the strumming technique identical to that of the rasgueado Spanish guitar. Moreover, the definitive North Indian tanpura (note the linguistic similarity to tamburag) features some constructional aspects in common with the rabab. Today, many plucked rabab and sarod jhalla renderings present a resonance broader than the delicate melodic styles that define the alaap the jor. The Rampur court and its fondness for the plucked rabab was a direct precursor to the Seni-Maihar school of sarod playing, the latter of which constitutes the present source for these approaches to jhalla.