Important Research on the Gregorian Calendar 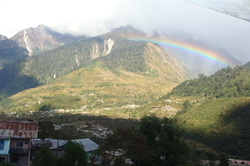 With my birthday approaching this January 30, I decided to look into just how far from natural cycles the Gregorian calendar really is. It was not difficult to discover that the exact moment of my solar return will differ by eighteen hours eleven minutes between this year and next.

Though I was born at 6:54 pm, the sun will arrive at the same position, in relation to the solstices and equinoxes, this year at 7:47 pm. Next year, as a result of this year’s being leap year, that position will be reached at 1:36 am. In my particular case, this phenomenon does not change the date of my so-called birthday according to the Gregorian calendar. But, had I been born just one hour thirty-seven minutes earlier, the completion of my twenty-ninth year will have taken place on January 29. As you can see, for some people, the shortcomings of the Gregorian calendar as a measure of natural cycles result in a frequent change of birthday.

Because a year is defined by one orbit of the earth around the sun, the Gregorian calendar effectively occludes the true observance of time. If one felt like lighting a candle at one’s exact time of birth on one’s birthday as it is measured by the Gregorian calendar, that moment is not likely to coincide with the moment at which the earth returns to the “birthday point” of its orbit. In this particular case, I am thankful for astrological technology embedded in computers. Without http://astro.com, I would have been unable to arrive at this conclusion. Furthermore, it is a long and arduous task to calculate the exact moment of a solar return, especially according to the tropical system, by simply observing the skies.

In my opinion, at this moment anyway, the lesson to learn from this study of the Gregorian calendar is that this method of tracking time does not harmonize with nature. It harmonizes with money. Everybody rushes toward the “end of the year,” doing all they can to fill their coffers from Thanksgiving to New Year’s Eve. When the next calendar year begins, so does the next round of monetary frenzy. The so-called leaders of the world push enslavement of humanity under a system in which some self-important pattern printed on a piece of fancy paper rules time. Time is money, they tell you. But the US government is in control of its citizens’ money. The following is from http://federalreserve.gov:

In the short run, monetary policy influences inflation and the economy-wide demand for goods and services–and, therefore, the demand for the employees who produce those goods and services–primarily through its influence on the financial conditions facing households and firms. During normal times, the Federal Reserve has primarily influenced overall financial conditions by adjusting the federal funds rate–the rate that banks charge each other for short-term loans. Movements in the federal funds rate are passed on to other short-term interest rates that influence borrowing costs for firms and households. Movements in short-term interest rates also influence long-term interest rates–such as corporate bond rates and residential mortgage rates–because those rates reflect, among other factors, the current and expected future values of short-term rates. In addition, shifts in long-term interest rates affect other asset prices, most notably equity prices and the foreign exchange value of the dollar. For example, all else being equal, lower interest rates tend to raise equity prices as investors discount the future cash flows associated with equity investments at a lower rate.
In turn, these changes in financial conditions affect economic activity. For example, when short- and long-term interest rates go down, it becomes cheaper to borrow, so households are more willing to buy goods and services and firms are in a better position to purchase items to expand their businesses, such as property and equipment. Firms respond to these increases in total (household and business) spending by hiring more workers and boosting production. As a result of these factors, household wealth increases, which spurs even more spending. These linkages from monetary policy to production and employment don’t show up immediately and are influenced by a range of factors, which makes it difficult to gauge precisely the effect of monetary policy on the economy.
Monetary policy also has an important influence on inflation. When the federal funds rate is reduced, the resulting stronger demand for goods and services tends to push wages and other costs higher, reflecting the greater demand for workers and materials that are necessary for production. In addition, policy actions can influence expectations about how the economy will perform in the future, including expectations for prices and wages, and those expectations can themselves directly influence current inflation.
In 2008, with short-term interest rates essentially at zero and thus unable to fall much further, the Federal Reserve undertook nontraditional monetary policy measures to provide additional support to the economy. Between late 2008 and October 2014, the Federal Reserve purchased longer-term mortgage-backed securities and notes issued by certain government-sponsored enterprises, as well as longer-term Treasury bonds and notes. The primary purpose of these purchases was to help to lower the level of longer-term interest rates, thereby improving financial conditions. Thus, this nontraditional monetary policy measure operated through the same broad channels as traditional policy, despite the differences in implementation of the policy.

It is slavery, or at least an undeniable attempt at it; and the timetable on which it operates is hopelessly out of sync with human beings’ real source of value, nature. I am not the only person for whom it seems that a true appreciation of our natural lives is under attack. Putting a number on nature has proved very dangerous! There is more work to be done. There are more battles to be fought, and more sincere and pure moments of joyful repose to be welcomed with wisdom.