Some Thoughts on Catholic Morality 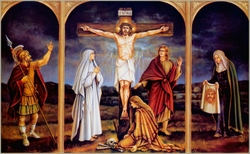 As we in the Catholic tradition have been taught, humanity has deviated from the Word of God. We are all sinners; yet, it is apparent to all that textual ordinances are subordinate to “real-life” (i.e., non-textual) experiences. This generalization is supported by the definition of the New Covenant itself, that its essence reveals itself upon looking inward and finding faith in one’s own heart.

One example of the primacy of real-time spirituality may be observed in the following hypothetical situation. John Doe is suddenly informed that a certain table inside his furniture store is wired with explosives. He is now faced with saving the lives of those working at or shopping in the store, or saving his own. Either way, he may arguably be seen to stray from Catholic doctrine.

Taking his own life, his chances of eternal salvation are in jeopardy because suicide is a grave sin. Doe’s situation could possibly be seen as a case of righteous martyrdom, but Catholic martyrs might typically be seen as having given their lives for the Faith or some far-reaching moral cause. Much more might be said on this matter, but can one rule out the risks of an interpretation that implicates Doe in committing suicide? Allowing the other human beings to perish, he falls under moral scrutiny in that Catholicism provide strict instructions not to kill.

What to do? Assuming choosing one option will inevitably lead to death, either the death of Doe or that of the surrounding persons, the dilemma weighs heavily. And yet, modern Catholicism is not without an answer. If it is not a perfect answer, at least it saves Doe from irreversible damnation. The case of Doe is merely an attempt to illustrate the wider issue of how to handle situations in which one finds oneself at a real-time moral impasse to which Catholicism provides no easy answer.

On the topic of conscience, Catholic initiation at St. Anne of the Sunset in San Francisco California, USA has taught me and at least one other person, who shall remain anonymous, that as long as one allows one’s conscience to be formed by—not necessarily conformed to—Church teaching, then it is one’s own conscience, indeed one’s own heart, that supersedes the documented Law. This being the case, the Church de facto, though perhaps not very overtly de verbo, recognizes a grey area within the composite body of scripture, decree, and practice.

I have not investigated this sort of doctrinal reference to an independent conscience among other parishes, so for now, the reader will have to settle for this potentially, but not very probably, isolated case. As a side note, let it be known that the gift shop of St. Anne sells rosaries fashioned from birthstones, which is in my opinion a valid clue toward the Church’s acceptance of personalized spirituality. Crystal science has often been linked to astrology.

Moving to a more universal concept of language, it is worth mentioning ancient and modern definitions of language itself. Those concerned with wisdom and true reasoning have often thought of language in terms of relaying experience(s). In a more contemporary vein, language may be defined more along the lines of the process of organizing one’s own thoughts, arguably very personal experiences unto themselves. The notion of language gives way to a praxis that is limited, meaning that language is a second sight of the primary phenomenon by which it is inspired. This is wholly true at least in terms of the written record. While the notion that thought might exist independently of language is a topic of intense inquiry, one cannot propose that language is the initial experience per se.

So the reader is presented with one of the principal issues of philosophy, the tensions between individual and collective existence. While Catholicism is not shy to impart moral ideals, this religion also provides a possible solution to the problems arising from situations in which the same moral ideals are simply impossible to fulfill. The doctrine itself attempts to compensate for those who do not follow it unwaveringly. There are more aspects to the case of Doe, for example the notion of martyrdom as a noble cause (alluded to above), or the instinctual reaction to save oneself as a function of the human being’s natural will to survive.

In sum, the fact is that the Word has to have come after its inspiration. The prophets or, permitting an even more supernatural view, even God would have had a point of reference to which the Law continually returns. Some sort of human or divine thought, experience, or spirituo-emotional revelation has occurred before the record was written. Logic will lead one to believe, then, that making room for the variable that is the human heart was of prime concern. It is the inexplicable that one attempts to explain, the spirit that manifests in form. In this light, the humanly heart-and-soul–oriented teachings of Jesus do not reject established truths, but return to a primary source. When one is able to ponder the initial event language attempts to express—instead of getting caught in confused absolutisms on that which is posterior to language—only then will one make real philosophical progress. 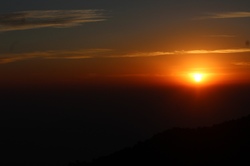 The division of the ecliptic into twelve equal parts (i.e., the zodiac) has long been contested, one key charge being that the twelve thirty-degree signs are human constructions and do not reflect the spacial distribution of the constellations of the signs as they appear to the human observer. However, this twelve-fold division gains credence as one considers the twelve full lunar cycles of each solar year. There are actually more than twelve, but not quite thirteen. Therefore, this last fractional lunar cycle might be considered the first complete cycle of the next solar year.

Taking this approach to fitting twelve complete lunar cycles into one solar year, one finds the current state of lunisolar astrology ripe with synchronicity and harmony—auspicious in terms of pragmatic applications of analytical thought.

The tropical sun is now moving into Virgo, the sixth sign of the zodiac. The moon presses on toward the waning quarter, this lunar-mansion parallel to Virgo being realized during the sixth lunar cycle of this solar year. This union of lunar and solar cycles is remarkable, a special time in nature which, of course, will have various bearings on human life or lives in conjunction with the types of astrological questions posed and charts employed. Overall, this phenomenon may be seen as an indicator of the importance of putting solar, lunar, and planetary phases at the forefront of astrological interpretation. Such a mindset highlights the importance of visual observation and a recognition of one of astrology’s founding principles, that it is a study of light.

Actually, after observing the moon-phase calendar for the coming years, I found that the completion of twelve lunar cycles per solar year is not even a constant! I still feel the first new moon after the vernal equinox should be the beginning of the lunisolar year, and that the only acceptable measure of time is a joining of lunar and solar cycles. 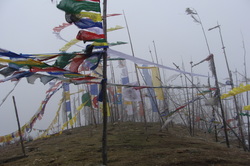