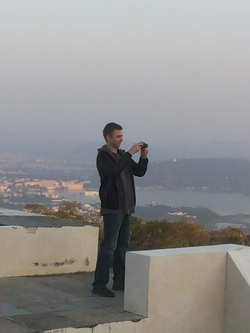 Yesterday afternoon I polished my guitars, lubed their nuts and bridges, and tuned them up. They are now resting in their cases. I am reminded of how important a day of rest is. My voice is back to an acceptable state, so today I will explore the low, middle, and high registers of the voice.

My distinguishing among three registers is not purely adherent to the Western school, nor any other specific tradition. More than anything else, I hope it acts as a point around which syncretic development is fostered. In this audio clip, I begin in the middle register, venture into the low, and ascend to the high by way of a second visit to the middle. 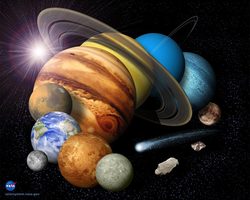 I’m almost through with my cold medicine—antibiotics and cough pills done, cough-syrup bottle nearly empty. So, my voice will be back next week. For now, check out some chords that use all seven strings of the seven-string guitar. 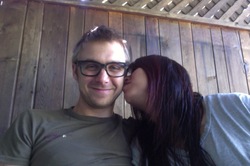 I’m still resting my voice because I am getting over a cold, but here is a work in progress entitled “Xácaras Novas.” It is a rhythmic alteration of the traditional jácaras de la costa form with an expanded formal outline. I am still working on the text. Any input would be most welcome!!!

The Western chromatic octave is comprised of twelve notes, each a half step from the next. Twelve-tone styles of composition are sometimes built on tone rows, statements of the twelve notes of the chromatic octave that feature every note before any note is repeated. One way to arrive at this goal is to convey two whole-tone scales.

Since the whole-tone scale is comprised of six notes, each a whole step from the next, it follows by virtue of simple mathematics that two whole-tone scales from two different starting pitches a half step apart will produce the twelve notes of the chromatic octave before any one of these notes is repeated. 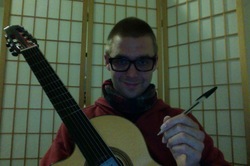 If you are a fan of my website, please consider joining the eponymous open wiki, where you will find what I am calling external sources. External sources here consist of works by people other than myself—works that exemplify my areas of expertise. I will be adding to the wiki more and more with time, as well as accepting recommended additions from its members. Thanks.

The Pair Signs of the Zodiac 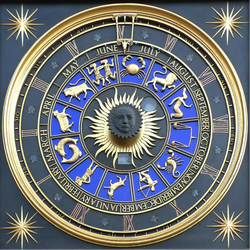 By pair signs, I mean the signs whose symbols convey two entities. There are three such signs in the traditional twelve-sign Zodiac: Gemini, Libra, and Pisces. I have recently been pondering the possible interpretations of these pair signs.

Firstly, I noticed the mathematical sequence into which these signs fit. Beginning at Aries, one counts two signs before Gemini, the third sign. Then, one counts three signs before Libra, the seventh sign. To end, one counts four signs before Pisces, the twelfth and final sign. The space between each pair sign grows as one proceeds around the Zodiac: two, then three, then four. What immediately comes to my mind is the potentially spiraling effect this could imply. The pair signs are therefore very important, signifying a spiraling outward, growth of consciousness, transcendence.

Overall, I think recognizing these pair signs plays into defining the human being as a social creature. Seeing that there are no pair signs at the very bottom of the Zodiac, one is reminded that in death one dies alone. But this discussion need not be entirely grim; the bottom of the Zodiac is also associated with introversion and the subconscious, as well as philosophy and abstract, independent thought. To cut this discussion shamefully short, one may do well to pay attention to the properties of these pair signs and how they inform the sociology of sacred mathematics and a deeper understanding of the human psyche.

A Look at Scales

Many music teachers require their students to practice scales. More often than not, these exercises move from tonic to tonic, ascending first and descending back to the initial note. But this approach to practicing scales is by no means exhaustive.

​I would be surprised if more than half of the beginning music students out there knew that the traditional eight church modes are actually four different modes with two different ranges each. These two ranges are often called authentic and plagal, the former being measured from final to final (tonic to tonic) and the latter from tenor to tenor (or, commonly, what is known as the fifth scale degree).

​Along these lines, one is excited to expand upon the variable range of various scales. For around a year now, I have been practicing scales in such a way that keeps the range flexible, offering fresh new sounds and, hopefully, inspirations for expression through composition. In the sound sample below, I move stepwise down from a tonic-to-tonic range. In other words, the range shifts gradually downward from the tonic, seven, sixth, etc. The tonic is kept as the starting point so as not to imply the various modes of the major scale.

As we near the shortest day of the year (i.e., the day with the least amount of daylight), the concurrent waning of the Moon caught my attention. As the Sun approaches the day on which its effect on the Earth is felt least drastically, so is the Moon drawing to a proverbial close.

Checking the charts to assure my assumptions—that in both the Tropical and Sidereal Zodiacs the Sun and the Moon are closing in on the darkest hour—were correct (and they were), I find not only the Sun and Moon, but the other five of what I like to call the Seven Acoustic Bodies are descending toward the very bottom of the Zodiac as well. All seven of the visible celestial bodies—Moon, Mercury, Venus, Mars, Sun, Jupiter, and Saturn—are situated right now between twelve and six o’clock.

Traditionally, the area from Scorpio to Capricorn is where the hero perishes. It is death, midnight, winter, New Moon; but it is also a new beginning. It is difficult to argue with the proposition that the celestial bodies whose influences are felt most directly by people are the Sun and the Moon. Their lights are the most noticeable. Their effects on the natural world—temperature, natural growth, tides, etc.—are the most immediate. In concision, one may note that the Sun and the Moon have often been equated to the consciously self-assertive and the subconsciously self-reflective, respectively. While perhaps less easy to feel, and with arguably reduced impacts, the other five Acoustic Bodies join the Sun and the Moon in descent at the current moment.

Overall, my experience and intuition point me toward calling the present situation introverted. Apart from that, but maybe in some ways related, all seven of the classically observed planets move down, through judgement, through struggle and battle, into and death and rebirth. If you are inclined to count your blessings, gather your thoughts, save your energy (however energy manifests in your life), watch your health, and/or spend some time being yourself on your own during the next few days or so, I would not be surprised. With regeneration comes change. Based on what I can discern, one would be wise to gauge the gravity of what will potentially be lost or significantly altered. With enough focus and sincere intent, I believe the next few days will be the perfect time to take stock of who we are as individuals and rid our mental, physical, and spiritual selves of harmful forces. By this Saturday, the Moon will be waxing. December 22 marks the Winter Solstice, so only after that will daylight begin to increase again.

Speaking of the Catholic faith, Ken Del Ponte has said that one must die to oneself to be born in Christ. My advice to you is that the value in Ken’s words not be contained to Christianity. I see this week to be a wonderful opportunity to experience rejuvenation, a refreshed and reinformed outlook on life (and death) in this Universe and Beyond. God(s) bless.